Writing Her Way To Accidental Success

Gem Yen On Coming Full Circle As A Writer 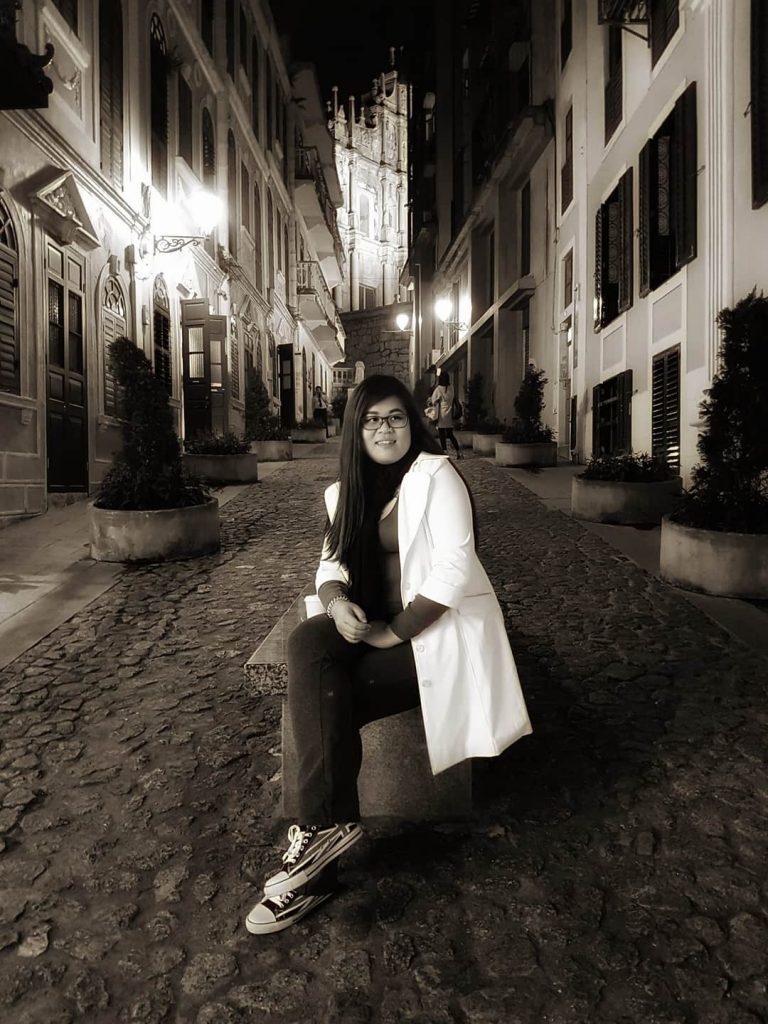 Gem is the founder of [Copy]Writer’s Hub Malaysia, and its Facebook Page has close to three thousand members

Dewgem Yen Qai Yin – or Gem Yen as she is mostly known – is a popular figure in the Malaysian writing scene. The 36-year-old is the owner of [Copy]writer’s Hub Malaysia, a support and networking group that runs on Facebook and WhatsApp, which attracts thousands of members.

Gem writes for various articles, company profiles, websites, press releases, as well as brochures for big property companies. She also translates and edits books on the side.

In 2008, while working at her first job as a graduate trainee in human resources at Public Bank, a friend persuaded her to take up a writing job at HomeFinder magazine, a publication that focused on lifestyle and properties. She was immediately hired, and despite the relatively lower pay than what she received at Public Bank, she enjoyed the job, saying it opened her eyes to the world of writing and publishing.

“The interviews of prominent personalities, the reviews of various aspects of the industry, property viewings and of course, the writings … I enjoyed it so much,” Gem told Lisaaffair.com.

However, things did not turn out well, as she got into a heated argument with her boss and left the job there and then.

“I was full of ego, and I always thought I was better than anyone in the office,” Gem said. “On hindsight, I regretted being such a jerk to my boss and my colleagues. I could have to stay humbled and adopted a learning attitude to improve my craft instead of wanting to be on the fast track to being someone in the industry.”

It would become a lesson that Gem had to learn not once, but twice along the way. 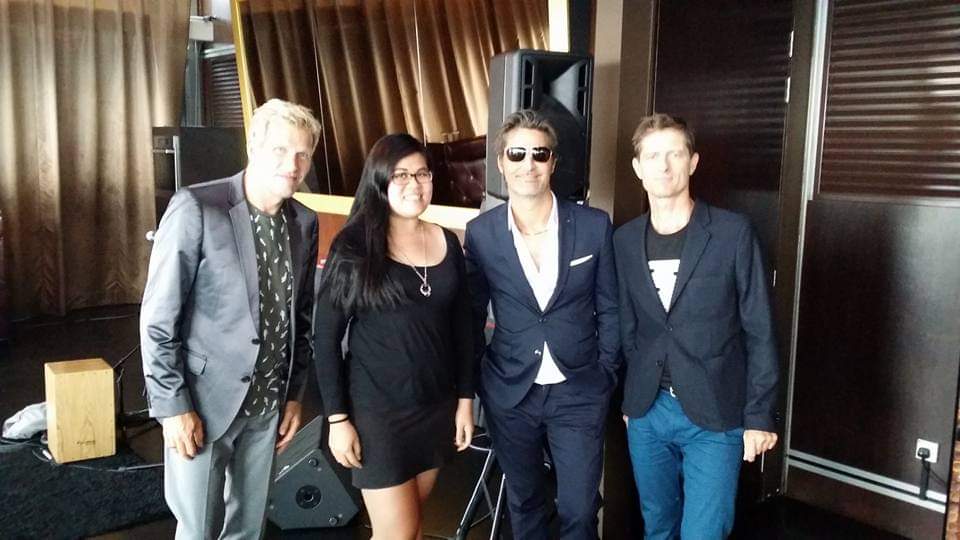 Gem with the popular group, Michael Learns To Rock

After her stint at HomeFinder, she was scouted by a well-known bookstore to become the editor for their wide-circulating in-house publication, another opportunity that she quickly took, but after a few months, also left abruptly. Gem again chalks this to her ego.

“They (the bookstore) was doing it all wrong and while I gave my suggestions to improve the publication, my direct supervisor was against it,” Gem said. “I could not write for a magazine that does not serve its purpose. I thought I was just putting together low-quality articles that did not make sense and a huge chunk of advertisements. I wanted to do something meaningful in writing but I just did not get that.”

Gem then worked in a public relations and events company but found out quickly that she was not cut out for it.

Upon finding out that her direct supervisor at the bookstore had been transferred to another unit, Gem swallowed her pride and asked the company’s department head whether she could come back. She was accepted after they agreed she would be re-hired this time to head the editorial team.

Gem put her best into the role. “That was when I began immersing myself into revamping the entire magazine and made it to be the magazine it is today.”

Gem and her team got the opportunity to interview prominent authors and celebrities from all over the world. “My greatest joy was to be able to interview Karen Mok, Jackie Cheung, Andrew Matthews, The Piano Guys and even Michael Learns to Rock.”

“I had so much fun improving the magazine while doing what I love, writing and putting the magazine together. I thought I have found my place,” Gem added further. “There was an opportunity where the owner of the bookstore from Singapore called for a major revamp for the magazine in both Malaysia and Singapore. The Singapore team was always in the lead in terms of content and magazine layout. However, I managed to pull off the revamp and impressed the owner. He praised the Malaysia team and asked the Singapore team to follow suit. That was a monumental moment for me, to be recognised for my effort.”

A restless spirit, Gem left that job again, ultimately this time, as she felt that her boss was not receptive to new ideas.

She then took the opportunity to be an editor for PILLARS, the lifestyle magazine of the business newspaper Malaysia SME. “Within that three short months, I enjoyed writing reviews, interviewing entrepreneurs, test driving luxury cars and whatever perks that an editor gets. But the environment was too political for me to stay put and I left.”

“That was when I started having ideas of starting my own writing business. As a single mom, it’s never easy to start a business but I did it anyway out of the belief that I could eventually achieve success,” Gem, who has two sons, said. “It was a bumpy start but I met some angels along the way who helped me in my business, and I started getting big deals from big companies.”

Starting Her Own Writing Business And [Copy]writer’s Hub Malaysia 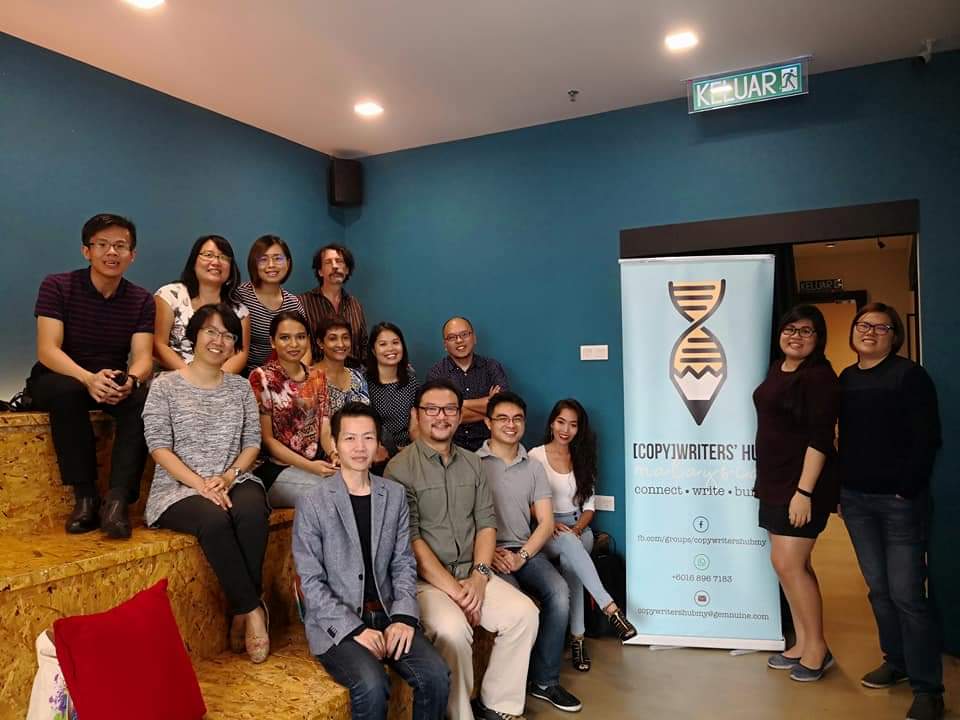 In 2015, Gem started ‘GEMNUINE – The Idea Co’ which she initially named ‘Embun Writes’. She described it as “a boutique creative idea firm that focused on providing exceptional branding and creative solutions services to start-ups and SMEs at an affordable price range”.

In July 2017, she started the [Copy]writer’s Hub WhatsApp group and invited some of her copywriter friends to join.

“It’s a bridge between businesses and copywriters,” Gem said of the group. She was inspired by the many people that she met at networking events who was surprised to meet a copywriter and were enquiring for one. At the same time, she felt perplexed when her copywriter friends said that they had no clients, and felt the need to connect them with employers.

The [Copy]writer’s Hub Malaysia Facebook group has now grown to more than three thousand members. It is a place where writers come to discuss and join to find jobs.

Meanwhile, in 2018, ‘GEMNUINE – The Idea Co’ folded, due to clients who kept delaying payments.

Undeterred, Gem now is focusing on her full-time job which she got in 2018, as a marketing manager at a major retail bookstore chain, and of course, on her role as the founder and administer of the [Copy]writer’s Hub groups.

She also still writes – this time, as a side job.

“I think I’m blessed to have my mother to help me take care of the kids,” Gem said.

Before the pandemic, Gem had organised gatherings and meetings for [Copy]writer’s hub. “This is to help each other expand their network and to leverage on each other’s knowledge about various aspects of copywriting.”

The writers had their first meeting at a Korean bakery, over coffee and food. “I believe everyone left with a smile and made new friends as well. We also had a Christmas party where I invited one of the members to share their knowledge and journey. I also invited a lawyer to talked about the legal aspects and consequences of what their writing could bring. It was super informative.”

[Copy]writer’s hub also had a collaboration with ‘MyWriters Festival’, where they were invited to organise a forum on how copywriters should charge their clients.

“It was a really good session because the participants were asking loads of questions!” Gem said. “I’m glad to have Suraya from [financial blog] RinggitOhRinggit.com and Lai Chee Seng, an experienced copywriter as well as Gina Yap, the co-founder of Malaysia Writers Group to share their knowledge and experience.” 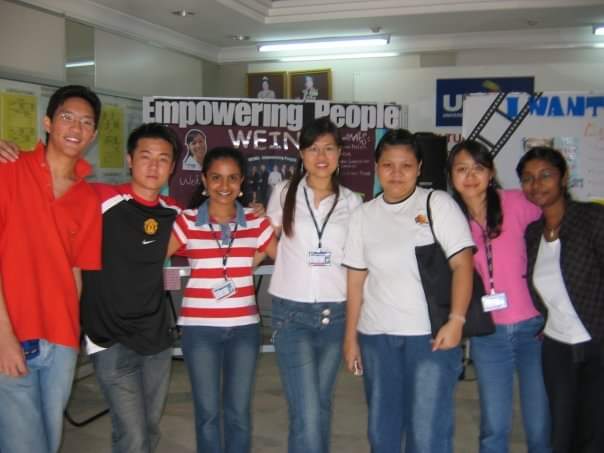 Gem during her college days

Growing up, Gem dreamed of becoming a marine biologist due to her love for the sea and aquatic life. However, she was rejected by seven public universities, including for her second choice to study speech therapy.

Coming from a humble family, and not wanting to burden them financially, Gem took the rejection badly and cried the entire day she received the bad news.

It was then that a teacher whom she greatly admired advised her to take the Bachelor of Arts (Hons) English Language program at Universiti Tunku Abdul Rahman. Her parents comforted her too. She took their advice and graduated with first-class honours.

“That was in 2008,” Gem said.  “I didn’t think of becoming a writer then as I had always dreamt of climbing high on the corporate ladder.”

That was when she was hired on the spot to work in Public Bank’s headquarters. “The pay was lucrative for a fresh grad so I decided to just go with the flow then.”

A few months in, she would later forego her human resources job for that stint in HomeFinder magazine, which took her to the path that she is now.

Coping With The Pandemic 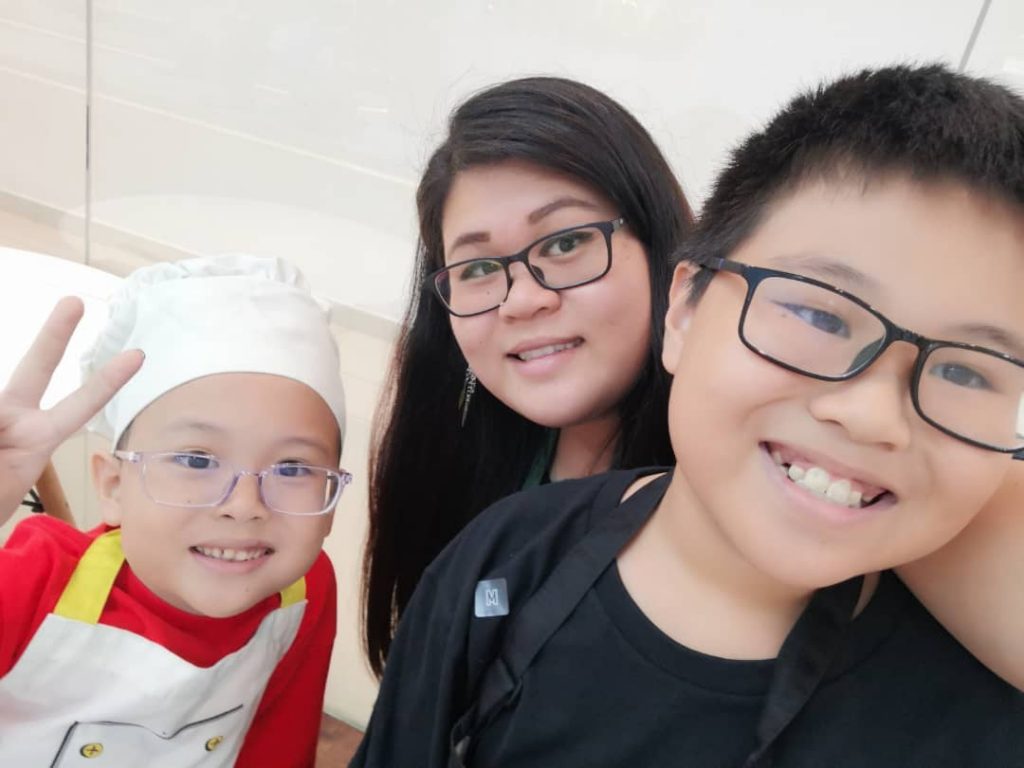 Gem with her two boys

“The pandemic has changed everything, and though it looked really bleak in the beginning but in hindsight, it really pushed us to look and work things with a different perspective,” Gem said.

“It has been extremely tiring but I think the learning curve is wonderfully steep,” Gem said. “I’m glad I still do writing as a side job which supplemented my income throughout the pandemic. I wasn’t actively looking for businesses as I was already busy with my day job but clients came back asking for my services. I guess that gave me confidence that my writing still works and people still put their faith and trust in me to write for them.”

Gem said she went through a depression at first. “I was feeling lost during the pandemic. But with family and friends who encouraged me, I told myself that I have to be positive so that I won’t drown unnecessarily. My bosses were encouraging too as they knew I write to earn some side income, and they never stopped me from writing. They knew I needed to sustain my family and they gave me their blessings.” 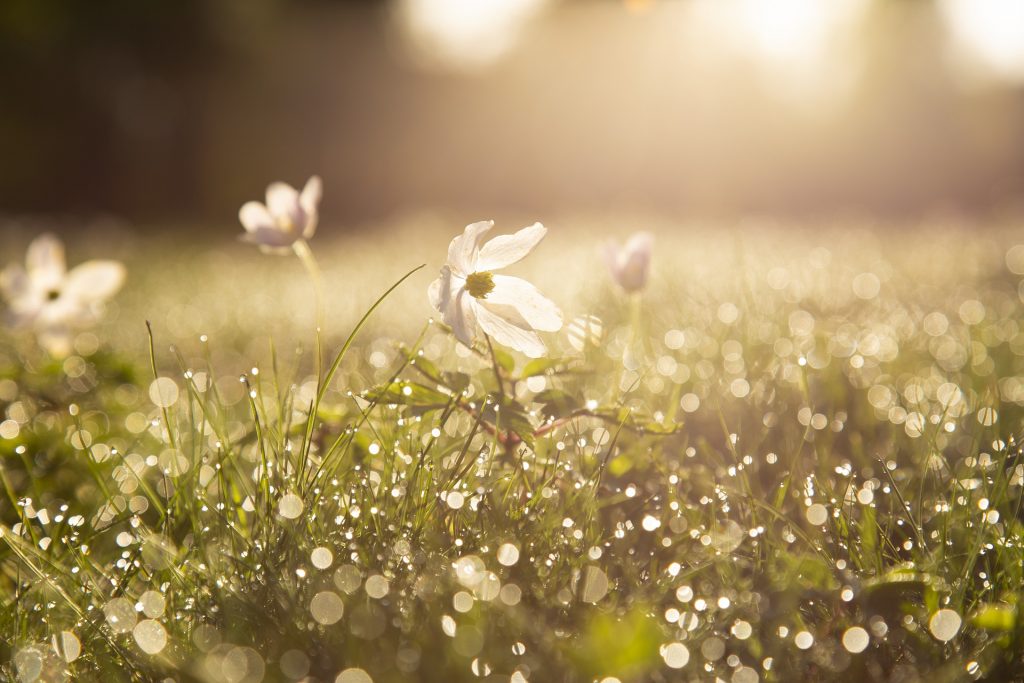 Gem said her father bestowed her with perhaps the most unique name in the country.

“When I asked him why he named me such a ‘weird’ name, he simply answered:  “Dew” derived from the words ‘Morning Dew’ which signifies dawn, the break of day, the beginning, and “Gem” is derived from gemstones which are precious,” she said.

“Since I am his firstborn, he looked at me as his precious beginning, the restart of his once tainted life. So Dewgem means “Precious Beginning.”

It is the kind of philosophy that Gem keeps holding to as she continues forging her path as a writer, dealing with her setbacks and finally coming full circle in her mid-thirties.